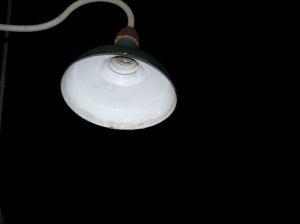 As a representative of high-efficiency energy-saving industry, LED lighting has been recognized by the world as an important way to promote energy-saving and environmental protection under the great pressure of the global energy crisis. In recent years, LED industry has made great progress and breakthrough under the cooperation of many parties, China LED industry is in an "accelerated lead period." On August 11, the State Council issued the "Opinions on Accelerating the Development of Energy-saving and Environmental Protection Industries," pointing out that it is necessary to promote the industrialization of semiconductor (LED) lighting and urge the accelerated development and transformation and upgrading of China's LED industry. With the introduction and landing of relevant favorable policies, government support has become an important engine to promote the development of China's LED industry.

Speeding up the shift The State Council's new measures to promote LED industrialization policies to promote China's LED industry shift speed as the country's key support, nurture and development of strategic emerging industries - LED lighting is a new generation of revolutionary lighting technology applications, with energy saving, environmental protection, High efficiency and other characteristics, especially in the constraints of traditional energy, environmental pollution and other factors, LED lighting industry has undoubtedly become the focus of national and social concerns.

Recently, the â€œOpinions on Accelerating the Development of Energy-saving and Environmental Protection Industriesâ€ (hereinafter referred to as the â€œOpinionsâ€) issued by the State Council clearly stated that at present, we must speed up the key areas where the market is widely used, the potential for energy saving and emission reduction is large, and the demand-pulling effect is obvious. The R&D, promotion and industrialization of related technology and equipment have led to an overall improvement in the level of development of energy-saving and environmental protection industries.

The "Opinions" pointed out that it is necessary to focus on key areas to promote the overall development of the energy-saving and environmental protection industry. To promote the semiconductor lighting industry. Integrate existing resources, increase industrial concentration, cultivate 10-15 leading enterprises with core technologies, possessing intellectual property rights and well-known brands, build a number of industrial clusters with complete industrial chains, and implement key production equipment and important raw materials to achieve localization . Accelerate the research and development of core materials, equipment and key technologies and focus on solving major technical issues such as heat dissipation, modularization, and standardization.

At the same time, the "Opinions" also proposed to increase support for energy conservation and environmental protection projects in many aspects such as expanding investment and financing channels, adopting subsidies to promote consumption in the terminal market, and solving the difficulties and difficulties in the areas of capital, market, and application of energy conservation and environmental protection industries. .

The introduction of a series of favorable policies is of self-evident importance to the promotion of the green semiconductor lighting industry. Chen Song, executive deputy dean of the Guangdong Provincial Institute of Comprehensive Reform and Development, believes that the State Council's "Opinions" signal for the LED industry is very obvious. It represents a highly recognized and more positive evaluation of the industry at the national level. LED lighting industry The path of development is very clear. In the future, China will promote the rapid development of the LED industry from core technologies, brands, and channels.

As early as February of this year, the "Semiconductor Lighting Energy-saving Industry Plan" issued jointly by the six ministries and commissions including the National Development and Reform Commission and the Ministry of Science and Technology set the development goal of the Chinese LED industry: LED chip localization rate is more than 80%, silicon-based LED chip made an important breakthrough. The luminous efficiency of core devices and the quality of applied products have reached the international advanced level in the same period; large-scale MOCVD equipment and key raw materials have been domesticized, and the localization rate of detection equipment has reached over 70%. To establish a world-leading level of research and development, testing platform and standards, certification system; by 2015, LED functional lighting products market share of more than 20%; LED lighting energy-saving industry output value increased by an average of about 30% in 2015 to reach 450 billion Yuan (of which LED lighting applications are 180 billion yuan; 10-15 leading enterprises that have mastered core technologies, possess more independent intellectual property rights and well-known brands, and have strong quality competitiveness.

Li Mantie, the chairman of Lehman Optoelectronics, the first LED listed company in Shenzhen, stated that the LED industry has experienced rapid development over the past ten years and has entered the stage of integration and industrial concentration. As a strategic emerging industry, the current LED industry has entered the competition stage of technology, production capacity and brand. The support of policies for leading enterprises will also promote the scale development of the LED industry and enhance the competitiveness of China's LED industry in the world.

The â€œOpinions on Accelerating the Development of Energy-saving and Environmental Protection Industriesâ€ issued by the State Council also explicitly put forward the requirements for the semiconductor lighting industry in terms of core technological research, industrial cluster cultivation, and key equipment production, which will be of concern for Chinaâ€™s LED lighting industry. The formation of key technologies for transformation, upgrading and industrialization has a positive driving effect.

The continuous issuance of the state's preferential policies and the support of funds and subsidies at the same time shows the country's determination to develop strategic emerging industries for energy conservation and environmental protection. Under the active promotion of the government, Chinese LED companies are committed to technological innovation and creation, and their R&D capabilities have been continuously improved. They have also actively adopted vertical integration to extend the industrial chain and develop industrial clusters. At present, China's LED industry has developed core technologies with proprietary technology ownership in epitaxial materials, chip manufacturing, device packaging, phosphors, etc., and has initially formed relatively complete information from upstream materials, midstream chip preparation, and downstream device packaging and integration applications. The research and development and industrial system laid a foundation for the development of the LED industry in China to a certain extent.

China's LED industry welcomes the development of new opportunities in the policy support, China's relevant government has spared no effort to the development of the LED lighting industry. Starting from the launch of China's "Semiconductor Lighting Project" in 2003 and the establishment of a national industrial base, the Chinese government has successively organized and launched the "Ten Thousand Cities" LED Lighting Demonstration Project, promulgated the "China's Phase-out Strategy for Phase-out of Incandescent Lamps," and "Semiconductor Lighting Energy Conservation. Industrial Planning and other related favorable policies. At the same time, support at the national level has also had a very positive influence and role in driving the development of the local LED industry.

Based on the promotion of the LED model in Guangdong Province, Fujian Province also issued the â€œSome Measures for the Promotion and Application of LED Lighting Products in Fujian Provinceâ€ in May. It is clear that by the end of 2015, it will strive to basically realize the common use of LED lighting products in the public lighting field and achieve year-on-year growth. Under the caliber of lighting energy (electricity) more than 50%, annual reduction of 400,000 tons of carbon dioxide emissions, led the LED industry in the province to increase production value of more than 500 billion yuan.

In addition, Shanxi, Jiangxi and other provinces have also started the LED lighting project, which has set a sample and a model for the popularization and promotion of LED lighting products nationwide, and further promoted the sustainable and healthy development of China's LED industry.

"The introduction of a series of policies has fully demonstrated the government's promotion and guidance of LED lighting energy conservation at the macro level. In the future, the government will also need to strengthen the popularization and application of LED lighting products from the micro level, making China the largest LED lighting product in the world. Demonstration field, to promote the penetration of China's LED lighting industry to the world. "Talking about the future development of China's LED industry, Leman Optoelectronics Chairman Li Mantie said.

Low temperature lithium battery refers to the working temperature under - 20 â„ƒ,to meet different environment and temperature. YFJ company has designed a lot of this kind of Low Temperature Battery with our own advantages.

4.The Battery Pack has a high cycle life, which conforms to the values of low carbon, energy saving and environmental protection 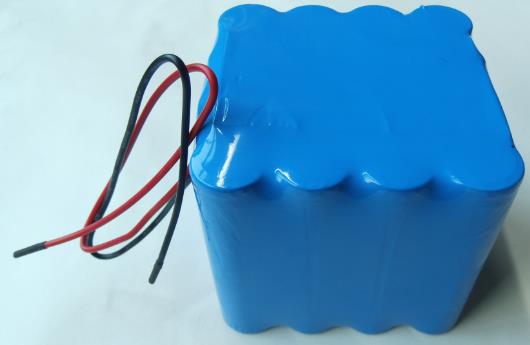