The infectiousness of computer viruses is the basic feature of viruses. A computer virus is a piece of artificially compiled computer program code. Once this program code enters a computer well and is executed, it will search for other programs or storage media that meet its contagious conditions, and then insert its own code into it after determining the target to achieve self-reproduction. the goal of. As long as a computer is infected, if it is not handled in time, the virus will spread quickly on this machine, and a large number of files (usually executable files) will be infected. The infected file has become a new source of infection, and then exchange data with other machines or contact through the network, the virus will continue to infect. Normal computer programs generally do not forcibly link their own code to other programs. However, the virus can force its own code to be transmitted to all uninfected programs that meet its infection conditions. Computer viruses can infect other computers through various possible channels, such as floppy disks and computer networks. When you find a virus on a machine, the floppy disk used on this computer is often infected with the virus, and other computers connected to this machine may also be infected by the virus.
Whether it is infectious is the most important condition to judge whether a program is a computer virus.
Programmability of computer viruses (executability) Like other legal programs, a computer virus is an executable program, but it is not a complete program, but is parasitic on other executable programs, so it enjoys all programs Power. When the virus is running, it competes with legitimate programs for control of the system. A computer virus is only contagious and destructive when it can be run in a computer. In other words, the control power of the computer CPU is a key issue.
The latent nature of computer viruses A well-written computer virus program generally does not occur immediately after entering the system. It can be hidden in legal files within weeks, months, or even years, infecting other systems without being infected by others It was found that the better the latency, the longer it will exist in the system, and the greater the range of virus infection. The first manifestation of latentness is that the virus program cannot be detected without a special detection program, so the virus can quietly hide in the disk or tape for a few days or even years, once the time is ripe, get the opportunity to run , They have to multiply and spread around to continue to harm. The second manifestation of latentness is that there is often a trigger mechanism inside the computer virus. When the trigger conditions are not met, the computer virus does nothing other than to infect it. Once the trigger conditions are met, some display information, graphics or special logos on the screen, and some perform operations that destroy the system, such as formatting disks, deleting disk files, encrypting data files, blocking the keyboard, and deadlocking the system Wait.

The hidden viruses of viruses are generally short and sophisticated programs with high programming skills. It is usually attached to the normal program or the hidden part of the disk, and some appear in the form of hidden files. The purpose is to prevent users from discovering its existence. Without code analysis, virus programs are not easily distinguishable from normal programs. Generally, in the absence of protective measures, a computer virus program can infect a large number of programs in a short period of time after gaining control of the system. And after being infected, the computer system can still normally operate normally, so that the user will not feel any abnormality, as if nothing has happened in the computer. Imagine that if the virus does not run normally after being infected on the computer, then the virus itself cannot continue to be infected. It is because of stealth that computer viruses can spread and wander among millions of computers in the world without the user's awareness. The reason why most virus codes are designed to be very short is to hide them. Viruses are usually only a few hundred or 1K bytes, and the access speed of PC to DOS files can reach more than a few hundred KB per second, so the virus can attach these short hundreds of bytes to the normal program in a flash It is very difficult to detect.

The concealment of computer viruses is manifested in two aspects:
The first is the concealment of infection. Most viruses are extremely fast at the time of infection, and generally do not have external manifestations and are not easy to be discovered. Let us imagine that if a computer virus displays a message "I am a virus program, I am going to do something bad" on the screen every time a new program is infected, then the computer virus has long been controlled. It is true that some viruses are very "dare to expose themselves", from time to time display some patterns or information on the screen, or play a piece of music. Often there are many copies of the virus in that computer at this time. Many computer users have no idea of â€‹â€‹computer viruses, let alone psychological vigilance. When they saw these novel screen displays and sound effects, they thought they came from the computer system without realizing that these viruses were damaging the computer system and creating disaster.
The second is the concealment of the existence of virus programs. General virus programs are caught in normal programs, which are difficult to find. Once the virus breaks out, it often causes damage to the computer system to varying degrees. In most cases, a computer infected with a virus can still maintain some of its functions. The entire computer cannot be started once a virus is infected, or once a program is infected with a virus, it is damaged and cannot be run. If this happens, the virus will not spread to the world. The ingenuity of computer virus design is here. After a normal program is infected by a computer virus, its original functions are basically not affected. The virus code is attached to it to survive, and it can continue to get the opportunity to run, to infect more copies, and compete with the normal program for the system Control and disk space constantly destroy the system, causing the entire system to be paralyzed. The code of the virus is very delicate and short.
The triggerability of computer viruses The characteristic of viruses that induce viruses to infect or attack due to the occurrence of an event or value is called triggerability. In order to conceal yourself, the virus must lurking and act less. If it is completely immobile and has been lurking, the virus can neither infect nor be destroyed, so it loses its lethality. The virus must be concealed and must maintain lethality. It must be triggerable. The trigger mechanism of the virus is used to control the frequency of infection and destruction actions. Viruses have predetermined trigger conditions. These conditions may be time, date, file type, or some specific data. When the virus is running, the trigger mechanism checks whether the predetermined condition is met. If it is met, it initiates an infection or destruction action to make the virus infect or attack; if it is not satisfied, the virus continues to latent.
The destructiveness of computer viruses All computer viruses are an executable program, and this executable program must be run, so for the system, all computer viruses have a common harm, that is to reduce the computer system's Working efficiency and occupying system resources depend on the virus program invading the system. At the same time, the destructiveness of computer viruses mainly depends on the purpose of the computer virus designer. If the purpose of the virus designer is to completely destroy the normal operation of the system, then the consequences of this virus attack on the computer system are difficult to imagine. Destroying part of the data in the system can also destroy all the data and make it irrecoverable. But not all viruses are extremely harmful to the system. Sometimes cross-infection of several viruses that do not have much destructive effect can also cause major consequences such as system crashes.

The derivative nature of the virus provides some good people with a shortcut to create new viruses. Analysis of the structure of computer viruses shows that the destructive part of the infection reflects the designer â€™s design thought and purpose. However, this can be arbitrarily changed by other people who master the principle with their personal attempts, and a new computer virus (also called a variant) different from the original version is derived. This is the derivation of computer viruses. The consequences of this variant virus may be much more serious than the original virus.
Virus parasiticity (dependency) Virus programs are embedded in the host program and depend on the execution of the host program to survive. This is the parasitic nature of computer viruses. After the virus program invades into the host program, the host program is generally modified to a certain extent. Once the host program is executed, the virus program is activated so that it can replicate and reproduce itself.
Virus unpredictability From the perspective of virus detection, viruses also have unpredictability. Different types of viruses have very different codes, but some operations are common (such as reside in memory, change interrupt). Some people take advantage of this commonality of viruses to create programs that claim to check all viruses. This program can indeed detect some new viruses, but because the current software is extremely rich, and some normal programs also use similar virus operations and even borrow some virus technology. Using this method to detect viruses will inevitably cause more false positives. Moreover, the production technology of viruses is constantly improving, and viruses are always ahead of anti-virus software. The new generation of computer viruses even hide some basic features, and sometimes can be judged by observing the change in file length. However, newer viruses can also deceive users on this issue, they use the gaps in the file to store their own code, so that the file length does not change. Many new viruses use deformation to evade inspection, which has become the basic feature of a new generation of computer viruses. 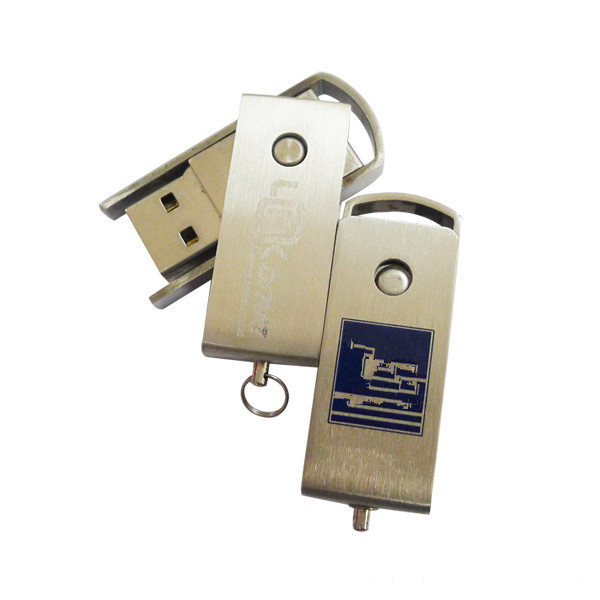 All Metal USB Flash Drive housings are made from recycled materials - where possible. 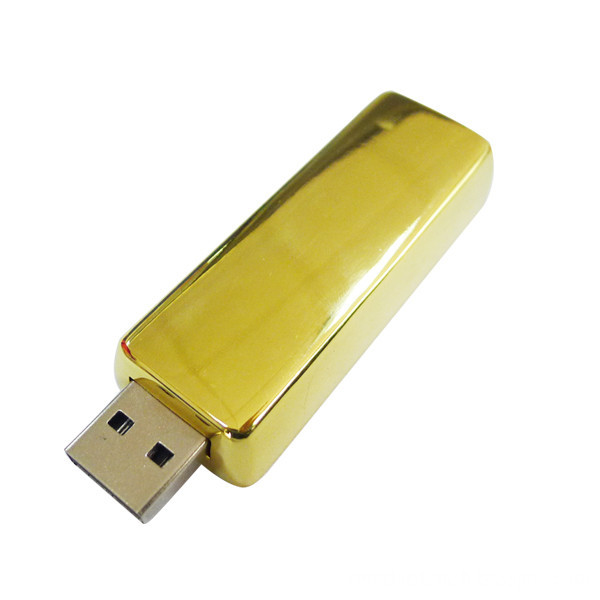 Metal USB Flash Drive is An ideal way to store all your pictures, documents, music and videos. Metal USB Flash Drive Can act as a wonderful gift for your friends and families and A great way to distinguish your masses of USB flash drives from each other as our cute USB come in a variety of variations for every day use. 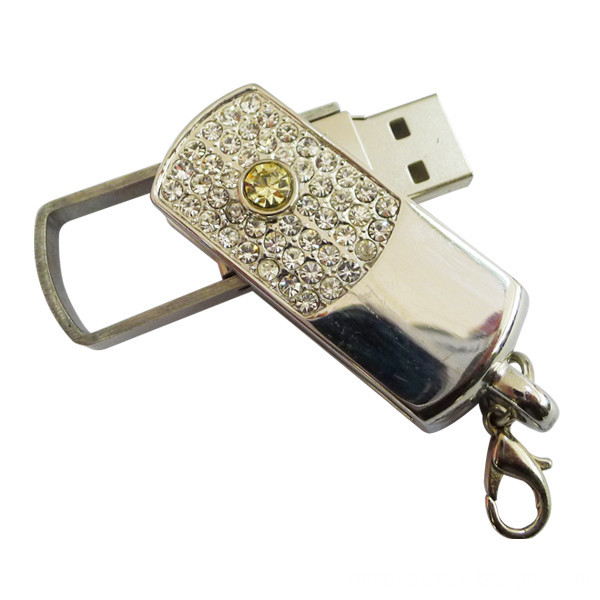 We are a professional Chinese manufacturer of Metal USB Flash Drive, and look forward to your cooperation!