Comparison of Layer 3 switches and routers

In order to adapt to the challenges brought about by the deepening of network applications, the network is developing rapidly in both scale and speed. The speed of the local area network has been increased from the initial 10Mbit / s to 100Mbit / s. Currently, Gigabit Ethernet technology has been widely used.

In terms of network structure, it has also evolved from the early shared media LAN to the current switched LAN. Switched LAN technology makes the dedicated bandwidth exclusively for users, greatly improving the efficiency of LAN transmission. It can be said that in the technology of network system integration, the first-layer interface and the second-layer switching technology directly facing the user have obtained satisfactory answers. However, there is no qualitative breakthrough in the router technology, which is the core of the network and plays the role of interconnection between networks. In this case, a new routing technology came into being. This is the third layer switching technology: it is a router, because it can operate at the third layer of the network protocol, it is a routing understanding device and can start To the role of routing decisions; it is said to be a switch because it is extremely fast, almost reaching the speed of layer 2 switching. Which of the three technologies of Layer 2 switches, Layer 3 switches, and routers are superior and inferior, and in what environment are they applicable? To answer this question, we start with the working principles of these three technologies:

Integrated Circuit) chip, so the forwarding speed can be very fast.

The router operates in the third layer of the OSI seven-layer network model-the network layer.

There is a routing table inside the router, which indicates where to go if you want to go somewhere. The router receives a data packet from a certain port. It first removes the header of the link layer (unpacks), reads the destination IP address, and then looks up the routing table. If it can determine where to send it next, then add the link The header (packaging) of the road layer forwards the data packet; if the next address cannot be determined, a message is returned to the source address and the data packet is discarded.

Routing technology and Layer 2 switching look a bit similar. In fact, the main difference between routing and switching is that switching occurs at the second layer (data link layer) of the OSI reference model, while routing occurs at the third layer. This difference determines that routing and switching need to use different control information in the process of transmitting data, so the way in which the two implement their respective functions is different.

A device with a layer 3 switching function is a layer 2 switch with a layer 3 routing function, but it is an organic combination of the two. It is not simply to superimpose the hardware and software of the router device on the LAN switch. on.

From the hardware point of view, the interface modules of the second-layer switch exchange data through a high-speed backplane / bus (the rate can be up to tens of Gbit / s). In the third-layer switch, the third-layer routing hardware related to the router The module is also plugged into the high-speed backplane / bus. This method allows the routing module to exchange data with other modules that need to be routed at high speed, thus breaking the speed limit of the traditional external router interface. In terms of software, Layer 3 switches also have major initiatives that define traditional software-based router software.

In addition to the necessary routing decision process, most of the data forwarding process is handled by the second layer exchange;

When multiple subnets are interconnected, they are only logically connected to the Layer 3 switching module. Unlike traditional external routers, ports need to be added to protect users' investment.

4. Comparison of the three technologies

The layer 3 switch is designed for IP, the interface type is simple, and has strong layer 2 packet processing capabilities, so it is suitable for large LANs. In order to reduce the damage of broadcast storms, large LANs must be divided into one by function or region A small local area network, that is, a small network segment, which will inevitably lead to a large amount of mutual access between different network segments. Simply using a layer 2 switch can not achieve mutual access between networks. Simply using a router, due to the number of ports Limited, the routing speed is slow, and the size and access speed of the network are limited, so in this environment, a layer 3 switch that is an organic combination of layer 2 switching technology and routing technology is the most suitable.

There are many types of router ports, many Layer 3 protocols supported, and strong routing capabilities, so it is suitable for interconnection between large networks. Although many Layer 3 switches and even Layer 2 switches have interconnect ports for heterogeneous networks, they are generally There are not many interconnected ports in a large network, and the main function of interconnected devices is not to quickly exchange between ports, but to choose the best path, load sharing, link backup, and most importantly, route information with other networks. Switching, all these are functions that routing accomplishes.

In this case, it is naturally impossible to use a layer 2 switch, but whether to use a layer 3 switch depends on the specific situation. The influencing factors mainly include network traffic, response speed requirements and investment budget. The most important purpose of the layer 3 switch is to speed up the data exchange within the large local area network. The routing function incorporated into it also serves this purpose, so its routing function is not as strong as a professional router of the same grade. In the case of heavy network traffic, if the Layer 3 switch performs both intra-network switching and inter-network routing, it will inevitably increase its burden and affect the response speed. When the network traffic is heavy, but the response speed is very high, the three-layer switch is used for the intra-network switching, and the router is specifically responsible for the routing between the networks, so that the advantages of different devices can be fully utilized, which is a good Cooperate. Of course, if limited by the investment budget, it is also a good choice to use the three-layer switch as the network interconnection. 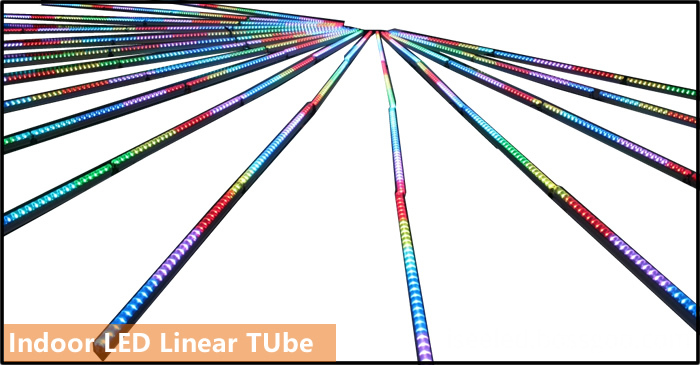