Light-emitting diodes have the advantages of no pollution, low energy consumption, long life and fast response. As the EU is about to ban the widely used mercury-containing metal light sources in 2007, LEDs will become the main axis of the next generation of light sources. LEDs change with temperature, brightness increases, and LED heat dissipation technology has been improved. In 1992, the thermal impedance of an LED was 360 Â°C / W, and then dropped to 125 Â° C / W, 75 Â° C / W, 15 Â° C / W, Now it is at the point of 6âˆ¼10Â°C/W. In short, in the past, for every watt of power consumed by LEDs, the temperature will increase by 360Â°C. Now it consumes 1 watt of electricity, but the temperature only rises by 6 âˆ¼10. Â°C.

LEDs still need to overcome their luminous efficiency problems: the current stage of light energy efficiency can only reach 15%, and 85% are converted to heat, the application of LED light source, still need to be equipped with heat dissipation mechanism, if the heat dissipation function is not properly designed, for the light The diode itself will cause serious damage.

The effect of heat on LED performance and structure

(1) The heat generated by the LED light is related to the working environment temperature (Ta), which will cause the LED chip junction temperature Tj to change. The LED is a temperature sensitive device. When the temperature changes, the LED performance and package structure are affected. Affect the reliability of LEDs (2) The heat is concentrated in the LED chips with small size. If there is no effective heat removal, the temperature of the chip rises, causing a non-uniform distribution of thermal stress, and the luminous efficiency of the chip and the lasing efficiency of the phosphor are reduced. When the temperature of the LED chip exceeds a certain value, the device failure rate increases exponentially. The statistical data shows that the reliability drops by 10% for every 2 Â°C rise in the temperature of the module.
(4) When multiple LEDs are densely arranged to form a white light illumination system, the heat dissipation problem is more serious. (5) Heat will affect the efficiency of the LED driver , damage the life of the magnetic components and output capacitors, and make the reliability of the LED driver . Reduce (the operating temperature of general semiconductor components should be controlled below 80 Â°C)
(6) The typical LED is encapsulated by optically transparent epoxy resin. When the temperature rises to the conversion temperature Tg of the epoxy resin glass, the epoxy resin is converted from a rigid material to an elastic material, and the coefficient of thermal expansion (CTE) will vary greatly. During the temperature change process of the encapsulating resin, the expansion and contraction are intensified, which will cause the displacement of the gold wire (or aluminum wire) bonding point to increase, and the gold wire (or aluminum wire) to be fatigued and damaged prematurely, causing the LED to open and suddenly fail. In order to avoid sudden LED failure, the LED junction temperature should always be below the Tg of the encapsulating resin.

Rigid Flex PCB is an excellent combination of rigid boards and Flexible Circuits. Flex Rigid PCB is connected by PTH (plated through holes). Higher component density and better quality control can be guaranteed. 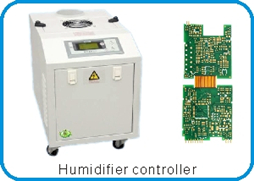