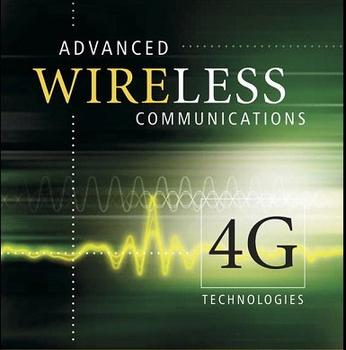 3G is in the Ascendant, 4G has quietly approached

Recently, China Mobile announced that its new TD-LTE has taken the lead in commercial use in Hong Kong. At the same time, Miao Miao, Minister of Industry and Information, also stated at the National Conference on Industry and Informatization: "In 2013, we will strengthen the construction and application of 3G networks, promote the coordinated development of TD-SCDMA and TD-LTE, and actively promote the expansion of TD-LTE. Scale trials and careful preparations for LTE frequency allocation and license issuance."

In fact, this is not the first time that news about issuing 4G licenses has been reported. But there are various signs that 4G is really close to people.

China Mobile recently announced that it has taken the lead in TD-LTE network commercialization in Hong Kong, China, to adopt LTE TDD/FDD converged networking mode, the initial operation will be to provide high-speed mobile data services. The industry generally believes that the commercial use of TD-LTE in Hong Kong in China means that China officially opened the prelude to the 4G era.

There are currently several different standards for 4G networks, of which TD-LTE has high expectations from China. As a follow-up evolution of China's TD-SCDMA with independent intellectual property rights, although TD-LTE has a time difference of about one year compared with LTE FDD, it has been optimistic about the market development prospects due to its good spectrum efficiency and business support capability. . Judging from the current global LTE development situation, the last one or two years are the key time window for TD-LTE to win a new round of international market competition.

Xiang Ligang, president of Feixiang.com, stated that China Mobile's TD-LTE initiative to be the first commercial application in Hong Kong is a commercial success model established by the government before the government officially issues commercial 4G licenses to dispel the concerns of the regulatory and global operators. This shortens the TD-LTE time window. This is the root of TD-LTE's good development.

So when will a license be issued? According to the readiness of the current industry chain, the possibility of issuing 4G licenses in 2013 is very high. Miaoâ€™s remarks also revealed some signals. However, Fu Liang, an analyst in the telecommunications industry, took a different view. "The reference to TD-SCDMA and TD-LTE is consistent with the information conveyed in the past. No new content is seen, and the national industrial and informatization work conference just pointed out that preparation for 4G licensing in 2013 is justified. Whether or not it will return difficult conclusions.â€ But Fu Liang also believes that China must vigorously promote TD-LTE. After all, this is Chinaâ€™s own intellectual property rights, it is also competing with the worldâ€™s telecommunications operators, and participating in the construction of global telecommunications industry standards. Important weights.

In addition to the government's policy stimulus, the 4G has not achieved satisfactory results in the 3G era.

From the 3G era, China Unicom and China Telecom, which are relatively "brilliant," will be able to see the status of the entire industry chain. The data as of the end of November 2012 shows that in 2012, the 3G subscribers of two telecom operators grew rapidly, China Unicomâ€™s 3G subscribers reached 33.305 million, China Telecom 29.95 million, and China Mobileâ€™s 31.617 million. They were 35.4%, 31.42%, and 33.18%, respectively, basically forming the pattern of â€œthree points of the worldâ€.

â€œChina Telecom and China Unicom can be formed in the 3G era and China Mobileâ€™s three-star reliance on Appleâ€™s mobile phone. This form of reverse call charges has attracted a large number of users, many of whom are high-end users of China Mobile in the past.â€ Xiang Li Just said that although the number of users went up, but the profit rate is getting lower and lower.

Fu Liang also believes that China Unicom and China Telecom expect to form a scale of users through the iPhone and realize the strategy of surpassing China Mobile in the 3G era. Although it seems that certain achievements have been achieved, it cannot be considered as successful. "Now the high-end profits of the communications industry chain are controlled by Apple. The two telecom operators have become 'workers'. This is not the result of the expectation of the two telecom operators."

Let us first talk about the SMS business. This is a business that telecommunications operators used to be proud of. However, with the popularity of smartphones and 3G networks, the emergence of WeChat, iMessage, etc. has enabled people to send information for free. Qihoo 360 Chairman Zhou Hongqi called WeChat this product as a kind of subversive innovation, which almost "cracked" the telecommunications operator's "life."

In addition, Internet companies have begun to make a difference in the main business calls of telecom operators. In fact, the use of Internet calls has long been realized, but also more video features, which makes a lot of friends and relatives can not often share the emotional exchange of voice transmission, but also added to see each other's pleasure. In addition to this type of service already implemented on the Internet, the above functions can also be realized through WeChat, QQ, etc. on the mobile phone, making the call more efficient and convenient.

In addition, it is reported that this year the country will also issue a batch of virtual operating licenses. Licensed companies can operate basic telecommunication services through the Internet or by renting a telecommunications carrier network. Tencent and other Internet companies are expected to obtain the first telecom virtual operator license, which will make telecom operators become "pipeline."

At the China Mobile Global Developers Conference held in December 2012, Li Yue, President of China Mobile proposed new concepts such as "new infrastructure," "new product system," and "new mechanism." Prior to this, Li Yue pointed out that the development of the WeChat and other services had caused telecom operators' original SMS, voice, and international telephone services to be challenged. They hoped that their business would protect the existing overall environment and protect their customers' legal communications.

Lou Guohua, chairman of China Mobile, has always stressed the need for transformation. He said: â€œ2013 is an extremely critical transition period for China Mobile, and our ability and level are tested during the transition period.â€ He specifically talked about the Internet and stated: â€œOn the Internet The field must make a difference. It can neither take the old path of the traditional operators nor follow the simple approach. Instead, it should base on its own advantages, explore new paths, and look for new growth."

Xiang Ligang said that in the era of mobile Internet, telecom operators must transform and change the mentality of the â€œbossâ€ in the past. â€œMobile Internet is a new era. Opportunities and adjustments coexist. Equal opportunities exist for any one company. Who can In response to changes in the characteristics of the times, whoever will seize the new highland.â€ Xiang Ligang said that the strategy of telecom operators in the era of mobile Internet is to be the leader of the smart pipeline, the provider of the integrated platform, and the participation of related content and applications. The â€œnew threeâ€ transformation will explore the path of innovation and development from the perspectives of networks, terminals, and applications.

Driven by technologies such as cloud computing and the Internet of Things, China's mobile Internet has also entered the â€œbig dataâ€ era. Therefore, experts in the industry have suggested that the big data processing capabilities of telecom operators have already been reflected in the 2G and 3G eras. In the era of mobile Internet, this is still the telecom operator's ability to guard the market. Therefore, it is necessary to further practise big data processing capabilities and conduct traffic management. It cultivates the habit of user traffic consumption, stimulates the development of mobile Internet applications, prospers the mobile Internet industry chain, and drives the 4G industry into a healthy development track from the network and traffic demand end.

Our company's Terminal Connectors are divided into these series(as follow),which are hot-selling in recent few years: