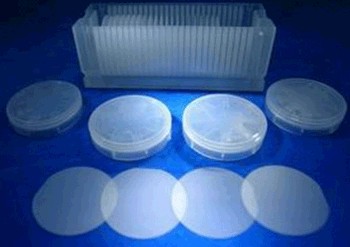 Currently, LEDs are not yet widely used in general lighting applications, but it is expected that by 2018, more than 50% of lamp holders will support LEDs, and more than 80% of the lamps sold on the market will be LED lamps. However, the current market for processing LED production equipment has not reached the scale of the previous two years. Compared with the $1.9 billion in 2010 and the $1.7 billion market in 2011, the scale in 2012 was only $600 million. These companies will invest in the second half of 2013. By 2014, the LED manufacturing equipment industry will achieve significant (but limited) growth. But this will also be the final large-scale investment in the LED industry. After that, the market will continue to shrink in size and become a market that basically depends on exchange (replacement) demand.

It is estimated that by 2018, the area of â€‹â€‹LED semiconductor materials will increase to 4 times of 2012, and the revenue will reach the peak of 17 billion US dollars. Although the sales volume will reach its peak around 2019, it will be affected by the following two factors, after which it is estimated that it will gradually shift to decrease. First, because the amount of light emitted by a single LED greatly increases, the number of LEDs required decreases. Secondly, compared with current technology, LED's product life is greatly extended. There is no need to replace one or two light bulbs in one year and one replacement in ten years. This will allow the market for replacement LEDs to decelerate substantially and permanently.

Excessive investment before 2011
In the next five years or so, LED production will continue to expand. Then why has the production equipment market rebounded? This is because of large-scale over-investment in 2010 and 2011. The main reason for this is that the Chinese government is subsidizing MOCVD equipment and companies are making every effort to ensure investment in the market. As of 2010, only a few Chinese companies were involved in the field of LED production equipment, but now it has increased to 70. However, most companies are probably short-lived, and the surviving companies are not expected to buy new equipment. Instead, they will increase production capacity by acquiring failed companies.

In the past, the LED industry has been making slight modifications to standard exposure equipment and etching equipment in accordance with the requirements of LEDs, and is being used after adjustments and reinstallation. In 2009, with the help of LED companies that used the same equipment for different processes, specialized equipment for the production of LEDs took off. Interestingly, the old semiconductor equipment companies did not enter this market.

When purchasing production equipment, in order to reduce equipment occupation cost (COO), some companies invest in high-performance equipment that is both reliable and uniform. On the other hand, there are also companies that plan to reduce the amount of equipment investment and minimize the cost of manufacturing by purchasing the cheapest equipment. But from now on, most companies (including most Chinese companies) have begun to choose the former.

The popularity of PSS expands the demand for plasma equipment

The market for other equipment is similar to the market for MOCVD equipment with different supply and demand. Sales in 2012 were lower than those in 2010 and 2011. However, there are different trends in the areas of technological change that lead LED design. The brightness can be increased using a patterned sapphire substrate (PSS: Patterned Sapphire Substrate). In just over a year, PSS has accounted for nearly 80% of the world's LED sapphire substrates, which has created the need for plasma equipment for etching PSS wafers. At present, about 280 dry etching equipment for the production of PSS have been put into use, of which 200 are installed in 2011 or 2012. The estimate for 2012 will also remain at this level.

Plasma etching processes the photoresist layer after it is patterned on the substrate, thus creating the need for tools and steppers for mask positioning. However, it is difficult for the mask positioning tool to achieve the resolution required by the PSS. Although the resolution of the stepper can meet the requirements, problems may arise when the wafer-sized pattern is not etched without causing cracks or cracks. Taking 50mm wafers as an example, the yield of PSS manufacturing is usually 80 to 93%, but for 100mm wafers, the yield is only 40 to 70%. Within the next six months, the emergence of various commercial solutions including "nanoimprint transfer" is expected to increase the yield of large-diameter wafers and reduce the cost of PSS.

To succeed, LEDs must be cost-reduced. In addition, performance and uniformity must be improved, so that LED production can proceed along the lines of conventional semiconductors, and attention to detail can be increased. To achieve scale advantages, we need to achieve higher levels of automation, production management software, statistical engineering management, and "box-to-box" systems as the goal of evolution.

we design and manufacture Actuator For  Dual Axis Azimuth Tracking System, which is widely used for solar system.

U10 is a heavy load Linear Actuator designed for industrial  application, especially be used for solar tracking system & heliostat.

The Solar Tracker Linear Actuator  is a heavy load linear actuator designed for industrial  application, especially be used for solar racking system. U10 is a robust and powerful actuator, designed for heavy-duty applications in harsh environments like solar tracker. It features high load capability, long lifetime and low power consumption.