On May 3, according to foreign reports, Philips announced on Tuesday that the company will spin off its lighting equipment division Philips Lighting (Philips LighTIng) for an initial public offering. The move will allow Philips to focus on becoming a medical technology provider.

Philips is currently the world's largest manufacturer of lighting equipment, with revenues of 7.5 billion euros ($8.7 billion) in 2015 and operating profit of 331 million euros ($382 million). The company said that Philips Lighting will be listed on the Euronext in Amsterdam, the Netherlands, and Philips will sell at least 25% of its shares in Philips Lighting's initial public offering. Goldman Sachs and JPMorgan will be global coordinators of IPOs. 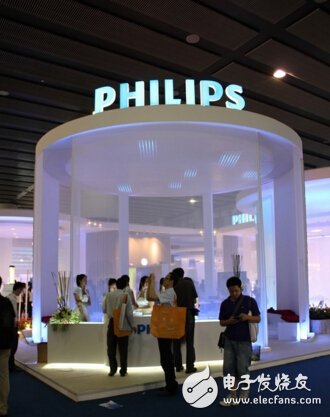 Philips CEO Frans van Houten said the decision was "historic" to Philips and allowed Philips' lighting products to enter other consumer electronics and medical device products. After the initial public offering, Philips plans to gradually sell the remaining Philips Lighting shares. Philips did not announce the issue price of Philips Lighting and the specific time of the IPO on Tuesday.

Philips announced in January that it had canceled its plan to sell Philips Lighting Holdings shares to the Chinese consortium GO Scale Capital, a joint venture between Jinshajiang Venture Capital and Oaks Investment, as a result of opposition from US regulators. Philips said at the time that the plan to sell 80.1% of Philips Lighting's shares attracted the attention of the US Foreign Investment Committee (CFIUS), "the committee will not approve this special deal."

Philips last year agreed to sell this stake to the Chinese consortium GO Scale Capital. The total price of the deal was $2.8 billion, and Philips Lighting was valued at $3.3 billion in the transaction. Philips' US operations include manufacturing and R&D facilities. It is unclear what concerns CFIUS has expressed, and the department is responsible for reviewing international transactions related to the United States from a national security perspective. Technology transactions related to China are subject to strict scrutiny in the United States. The Ziguang Group had planned to spend $23 billion last year to negotiate the purchase of Micron Technology. According to sources, this is partly due to the hope of US regulators to approve the deal.

Under the leadership of Marriott, Philips' focus has shifted to the $125 billion medical and health industry, rather than the lighting business. Marriott believes that the booming demand for technology will allow hospitals to analyze clinical data and enable patients to monitor health and nutrition through their mobile phones. The business that Philips is creating combines medical scanners, electric toothbrushes and more.

A motor with gearbox is a mechanical device utilized to increase the output torque or change the speed (RPM) of a motor. The motor's shaft is attached to one end of the gearbox and through the internal configuration of gears of a gearbox, provides a given output torque and speed determined by the gear ratio.


Motor with gearboxes are used in many applications including machine tools, industrial equipment, conveyors, and really any rotary motion power transmission application that requires changes to torque and speed requirements.