Xu Wenwei, president of Huawei's strategic MarkeTIng, said in an interview at Huawei's 2015 network conference that the first "1" in the "1+2+1" strategy refers to a platform. Huawei wants to establish an IoT platform to collect and manage it. After processing the data, it is open to partners and industries. Based on the platform, industry partners can develop applications. Huawei's traditional advantage is network access, including wired access and wireless access, which is "2"; the last "1" is Huawei's new lightweight Internet of Things operating system LiteOS. 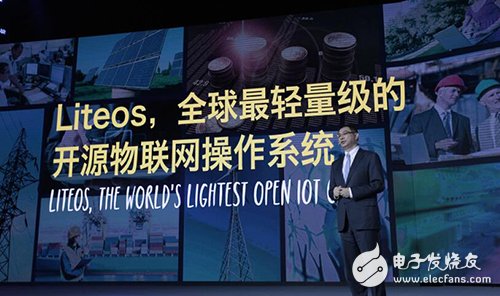 He further cites that the Internet of Things emphasizes the connection between things and things, things and people, and people. The current network architecture of the IoT connection level cannot be supported. When users like white goods, black appliances, and other devices want to connect, if there is no unified operating system, it will be difficult to connect. Based on this Huawei launched the lightweight Internet of Things operating system LiteOS.

Currently, the global Internet of Things-based operating system is still in its infancy. Samsung Electronics has said that the TIzen operating system will be the main driving force for Samsung's development of the Internet of Things business; Microsoft also announced the development of Windows based on the Internet of Things; and a ConTIki invented by Oxford University researchers, which is very similar to Huawei LiteOS. Open source, lightweight, it has been the first choice for many hackers, academics, and companies to develop networking devices such as sensors and trackers, and network-based automation systems.

According to Huawei's forecast, the number of IoT devices will be close to 100 billion by 2025, and the newly deployed sensors will reach 2 million per hour. However, today's network of people primarily serving people clearly cannot meet the diverse needs of the connection of billions of things.

At present, in the upstream application and service level of the Internet of Things, some Internet giants have begun to lay out. For example, local governments in nearly 20 cities have successively signed a strategic framework cooperation agreement with Tencent to leverage the various open capabilities provided by Tencent in the Internet field to comprehensively enhance local government capabilities and people's livelihood services.

Specifically, the solution "Urban Service Portal" provided by WeChat can bring together the scattered urban life service functions on WeChat, and become a one-stop, all-weather livelihood service hall in mobile phones. Users can complete more than a dozen people's livelihood services such as household administration, visas, transportation, medical care, and water and electricity coal payment at any time and place without leaving their homes.

In this regard, Xu Wenwei said: "Huawei will focus on smart manufacturing, energy, transportation, smart home and other fields, Huawei will provide "1 + 2 + 1" IoT ICT solutions, and jointly develop with industry partners Application in the enterprise industry, such as smart factories in manufacturing and security monitoring in smart cities."

According to Huawei's strategic plan for the Internet of Things, LiteOS will initially focus on manufacturing, energy, transportation, smart home and other fields, while the region will expand to the world with China and Europe as the core points. In addition, Huawei also announced that Liteos has implemented an open source strategy to develop the IoT ecosystem with its partners.

It is understood that Intel is one of Huawei's most important IoT partners. At the meeting, Huawei demonstrated two IoT gateway products based on Intel chip AR515 and AR160-M.